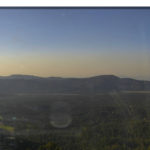 Update 6/30/17 - Eleven days after the Holcomb Fire broke out north of Baldwin Lake, the fire has reached full containment.  Forest Service Managers are now working to open impacted roads back to public use.   At its peak, approximately 1,100 firefighters from the Forest Service, Bureau of Land Management, San Bernardino County, CAL FIRE, Big Bear Fire and other local agencies … END_OF_DOCUMENT_TOKEN_TO_BE_REPLACED 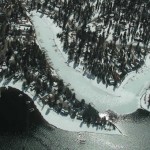 Big Bear Lake, Ca - December 28, 2016 4:00 pm - With the recent snowfall in the Big Bear Valley, KBHR and the Big Bear Municipal Water District are reminding everyone of the dangers of walking on lake ice. Not only can it cost you your life, it can cost you money, and jeopardize the safety of rescuers. Every winter the San Bernardino County Sheriff and MWD receive calls related … END_OF_DOCUMENT_TOKEN_TO_BE_REPLACED 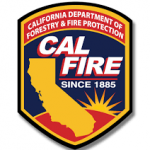 San Bernardino County, CA, August 22, 2016 - Effective Sunday, August 21st, at 4:00 p.m., the evacuation orders for Wrightwood, Swarthout Canyon, Lone Pine Canyon, West Cajon Valley and Lytle Creek have all been lifted. RESIDENTS ONLY will be allowed past the road closures. Some residents returning to their homes may find that they are without electricity. Southern California … END_OF_DOCUMENT_TOKEN_TO_BE_REPLACED 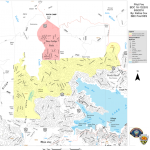 Big Bear, CA, August 10, 2016 - As of this morning, fire containment has jumped due to the significant work done by the firefighters both on the ground and in the air. The Pilot Fire is currently 7,861 acres, up 1500 acres since yesterday, but containment has gone from 6% to 64%. Overnight and this morning there was moderate activity with spot fires on the western flank … END_OF_DOCUMENT_TOKEN_TO_BE_REPLACED 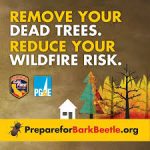 Big Bear, CA, June 24, 2016 - As wildfires burn across California, new estimates on the number of dead trees in California were announced, prompting continued concern for California’s forest health and wildfire danger. The US Forest Service released the outcome of its latest aerial surveys over California forestland, finding that over 66 million trees have now died due to … END_OF_DOCUMENT_TOKEN_TO_BE_REPLACED