Big Bear Valley, CA October 2, 2013 – A widespread power outage affected most of the Big Bear Valley this morning.  It was described by a Big Bear Firefighter as a minor tree branch issue.  Although minor it was on a critical line in Big Bear City near Greenway.  It took about an hour to restore power to the majority of the valley, with some lingering minor pockets of outages mostly in the east end of the Big Bear.   As this was described as a minor incident, major repair work was not required to restore power. 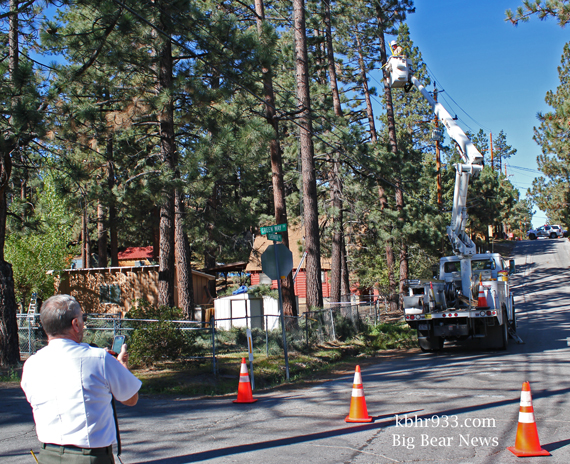