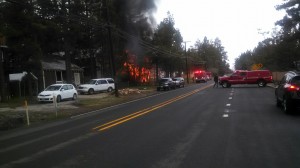 Big Bear City, Ca May 15, 2015 – The Big Bear Fire Department responded to a reported structure fire in the 400 block of Barrett Way in Big Bear City at approximately 7:30 am on Friday, May 15, 2015.  Upon arrival of fire crews, a single family home was engulfed in flames with fire exposure to the neighboring house.  Big Bear Boulevard had to be shut down for a short time while fire crews extinguished the blaze.   The fire was called under control within 20 minutes.  No other structures sustained any fire damage.
The Big Bear Arson Investigation Team is working with the San Bernardino County Sheriff’s Arson and Investigation Team to determine the exact cause of this fire.  The Sheriffs Department reported that there was no indication of anyone inside the house; however, several witnesses reported seeing a female leaving the location on foot after discovering the house was on fire.  As a result of the investigation and the public’s assistance, a suspect identified as 42-year-old Lorena Perez Cody was identified and taken into custody. Cody was booked at West Valley Detention Center on felony charges of arson, and remains in custody on $250,000 bail. An arraignment hearing in this matter is scheduled for May 19 at San Bernardino County Superior Court. 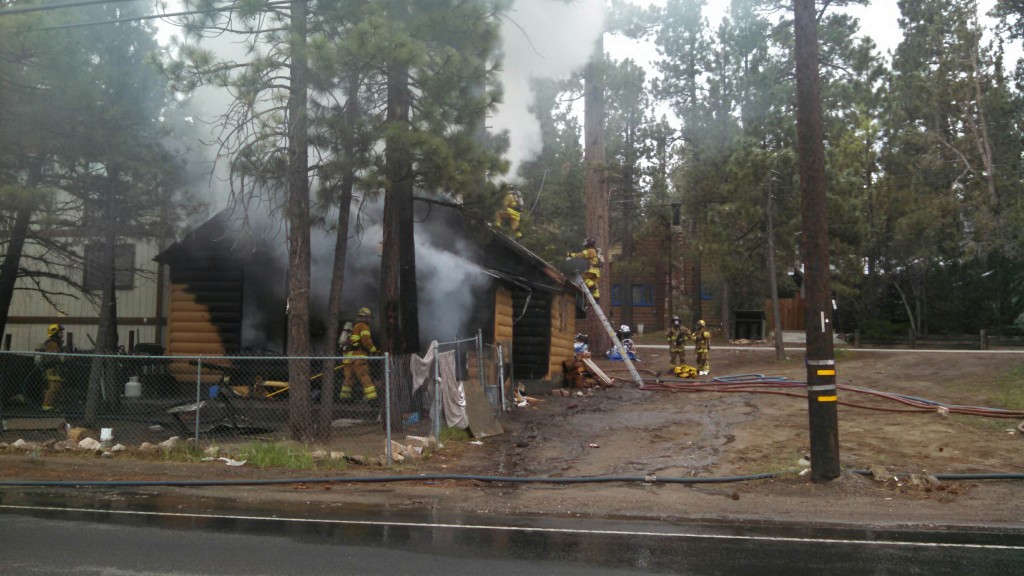