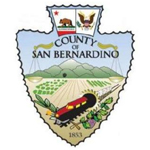 Big Bear, Ca, August 31, 2011, 8:00am – At the last board meeting of the San Bernardino County Board of Supervisors on August 23rd, the Board unanimously voted to adopt a resolution to support efforts to rescind the State Responsibility Area Fire Fee.  In a news release from the office of Supervisor Neil Derry, it is stated that the Board collectively oppose the new state fire fee, which would require residents of the unincorporated mountain areas of the state to pay an extra fee for fire service.  The board believes this fee to be an illegal tax and that it subjects county residents to a double tax. Supervisor Derry brought forth a resolution opposing this state fire tax, which has been sent to the San Bernardino County Legislative Delegation. In the release, Supervisor Derry announced that he doubted that the state would provide any tangible benefit or extra service protection to residents and argued that a number of administrative and legal concerns needed to be addressed in greater detail. The Board of Forestry and Fire Protection determined that the revenue generated from the fees would be used to fund local agencies instead of CalFire. Governor Brown announced his goal was to use these revenues to backfill CalFire’s budget, which was heavily cut in the last budget cycle by the state legislature to help balance the budget.  It has been reported that these funds would generate approximately $25 million in the first year and that the state would spend $12 million administering and overseeing the program.  At the request of Supervisor Derry, San Bernardino County Counsel will continue to explore all legal remedies to counter the implementation and collection of these revenues.