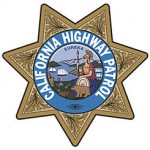 Big Bear, CA, August 24, 2016 – Yesterday, at approximately 8:40 am, Police Officer A. Gunnoe, was traveling northbound on SR-330 when he observed a three axle Peterbuilt dump truck traveling southbound on SR-330 at 40 to 45 MPH, smoking from all of its wheels.

Officer Gunnoe turned around and attempted to catch up to the dump truck. As the Officer was approaching, he observed the dump truck through a cloud of smoke and dust starting to travel sideways on the highway. Consequently, the dump truck overturned onto its right side and slid into a white, 2004 Toyota Sienna, traveling northbound. Officer Gunnoe stopped and walked over to the dump truck and found the driver, a 52 year old resident of Fontana, California, inside of the cab. The victim was then extricated by Officer Gunnoe and a passerby though the windshield of the dump truck. The truck driver sustained minor injuries and was transported to Arrowhead Regional Medical Center. The driver of the Toyota was not injured and was able to drive his vehicle home.