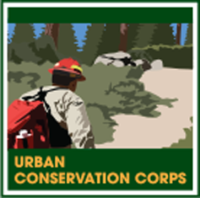 San Bernardino County, CA – Today’s technology such as cell phones, T.V’s and computers have a pretty short life span.  Many of these electronic products are quickly replaced and old devices are discarded as e-waste.   According to the U.S. Environmental Protection Agency, the U.S. disposes of 25 million TVs, 47.5 million computers and 100 million cell phones each year.  Currently less than half of this e-waste is recycled which can have huge effects on the environment.

A group of young adults at the Urban Conservation Corps of the Inland Empire, part of the Southern California Mountains Foundation, have launched an E-Waste Campaign to help divert e-waste from ending up in landfills or getting shipped off to developing nations where e-waste contaminates land, air, water, and people’s lives.  The E-Waste Campaign is also a part of a recycling program that keeps these young people employed.

Sandy Bonilla, the UCC Director stated, “From August to December of 2018, we will be hosting this E-waste Recycling Campaign and ask the community to join our efforts to dispose e-waste responsibly and help us collect over 50,000 lbs”. For over six years, the UCC has employed numerous young adults from the Inland Empire to work on recycling. The funding generated from this campaign will be used to employ additional young adults. 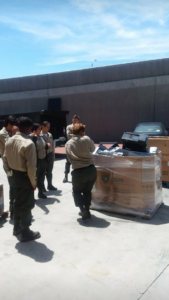