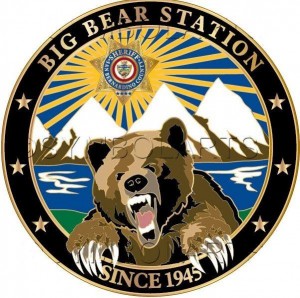 Big Bear Lake, CA, January 4, 2016 – The Big Bear Sheriff’s Station says a robbery suspect is behind bars charged with residential burglary and possession of stolen property. The suspect is identified as 32 year old Joshua James Tulk of Big Bear. Investigators say that on December 30, deputies from the Big Bear Sheriff’s station responded to a residential burglary report in the 41000 block of Mockingbird Drive in the City of Big Bear Lake. The victim discovered her purse was recently stolen from her vehicle while it was parked inside the attached garage of her residence. The burglary was captured on the victim’s video surveillance system. After reviewing the video, deputies recognized the suspect as Joshua James Tulk, who is currently on felony probation.

On December 31, detectives and deputies from the Big Bear Sheriff’s station contacted Tulk at his residence in Big Bear and conducted a probation compliance check. Tulk was found to be in possession of property taken during the residential burglary. Tulk was taken into custody without incident and booked on felony charges of residential burglary and possession of stolen property. Tulk remains in custody on a no-bail probation violation hold and in lieu of an $85,000 bail. An arraignment hearing in this matter is scheduled for January 5th, 2016 in the San Bernardino Superior Court.