Big Bear, CA, July 24th, 2016 – Big Bear Valley is known for supporting its own, and there’s no difference when it comes to three local athletes who are going for the gold. Kim Rhode, Brenda Martinez and Boris Berian are to be honored with a special community send-off ceremony Tuesday, July 26, 5 p.m. at Veterans Park before their departure for the2016 Rio Olympic Games from Aug. 5-21.

Olympic skeet shooter Kim Rhode began her Olympic career after winning a gold medal in the sport in the 1996 Atlanta games at the young age of 17 years old. Rhode later went down in the history books.  At the 2012 London Olympics, she scored yet another gold medal for shooting 99 out of 100 moving targets; her fifth consecutive Olympic medal. Rhode was the first American Olympian in any sport to reach this achievement.

Both members of the New Balance Team and Big Bear Track Club, runners Brenda Martinez (1,500 meters) and Boris Berian (800 meters) also have their eyes on the gold after qualifying recently during the U.S. Olympic Trials in Oregon.  Specializing in middle-distance races, Martinez began her running career at the tender age of 5 years old in an after-school track club. Now, at 28 years old, she boasts an impressive career winning her first international bronze medal at World Outdoors, a bronze at the Moscow IAAF World Championships 800- meter race in 2013, and representing the U.S. running the 1,500-meter race at the 2012 IAAF World Indoor Championships.

Also a middle-distance runner, Berian is a success story going from McDonald’s employee to National Champion. He is noted for his speed from running track in high school until his present Olympic qualifying accomplishment. Now, at 23 years old, Berian recently scored a gold medal at the 2016 IAAF World Indoor Championships in the 800-meter race setting his indoor best time. His personal outdoor best was at the 2015 Hercules Challenge.

The community is invited and encouraged to help cheer on all three athletes at the July 26 send-off featuring City of Big Bear Lake Mayor David Caretto, and Mayor Pro Tem Bill Jahn, along with Councilmen Randy Putz, Bob Jackowski and Rick Herrick, who will also emcee. In addition, the event will be attended by Pamela Scannell, Executive Director of the Big Bear Chamber of Commerce, and Rebecca Hrabia, Director of the Big Bear Visitor Burea. Rhode, Martinez and Berian will each receive proclamations from attending dignitaries.

Veterans Park is on the corner of Knickerbocker Road and Big Bear Boulevard in Big Bear Lake, Calif. Parking is available at the neighboring Community Church Big Bear, 40946 Big Bear Blvd., Big Bear Lake, CA 92315. There will be free, round-trip trolley rides provided to those wishing to attend the Big Bear Chamber’s Networking Mixer at Frontier Lodge cohosted by Mountain Transit at 5:30 p.m., immediately following the event. Cost to attend the mixer is $5 for nonmembers; members are free. 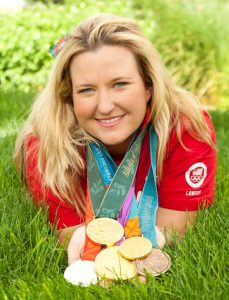 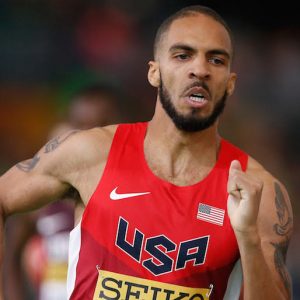 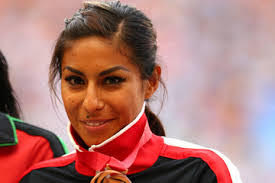