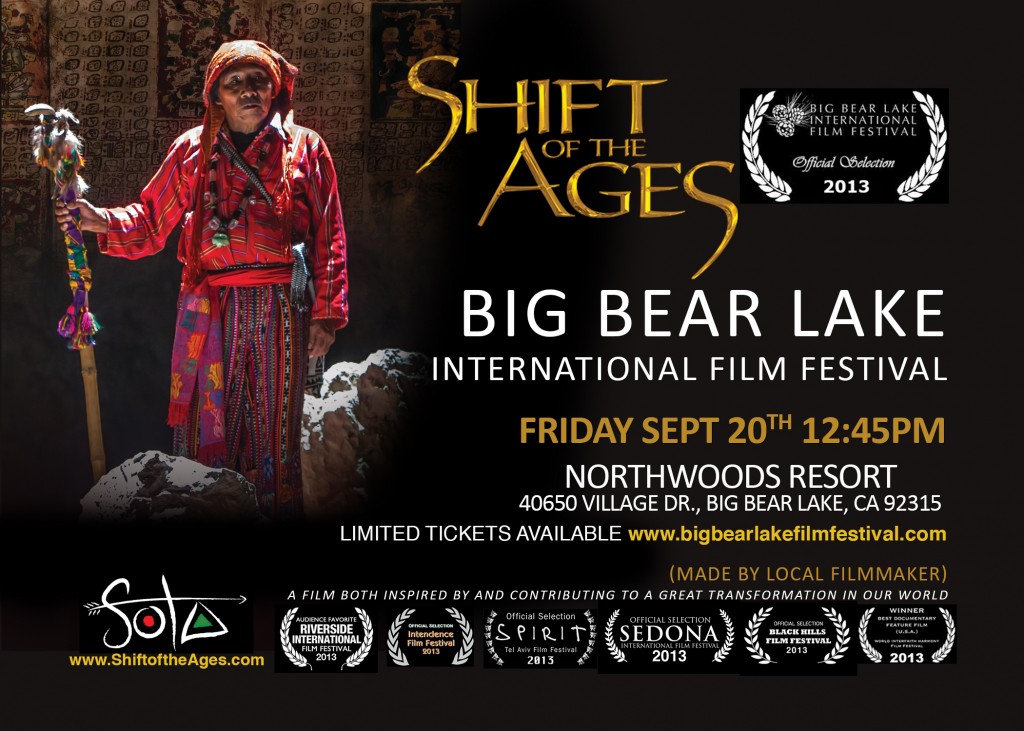 Big Bear Lake, CA, September 13, 2013 — Big Bear City resident Steve Copeland will compete with 125 other directors in the 14th annual Big Bear Lake International Film Festival. “The Shift of the Ages” is a historical documentary set against the backdrop of the ‘end’ of the Mayan Long Count calendar. The film traces the story of Wandering Wolf (Mayan Grand Elder and Timekeeper), from his early days as a shoeshine boy in Guatemala to becoming the country’s first President-appointed Ambassador of Indigenous people — and his continuing mission to inspire people to peace.

Copeland says Big Bear is especially significant to his movie because it was through the charitable sponsorship of a cross-cultural dialog between Wisdom Keepers held in Big Bear that he met Wandering Wolf.

“The Shift of the Ages” will screen at Northwoods Resort on Friday, September 20th at 12:45 p.m. The entire festival takes place September 20 – 22. More information on programming and tickets can be found online.