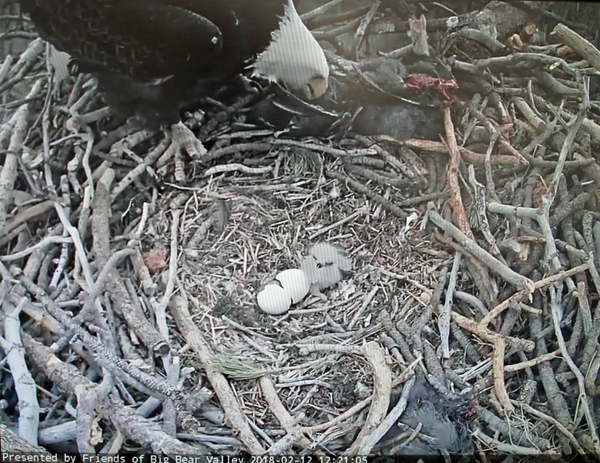 Big Bear, CA – With all eyes glued to a live streaming “nest cam,” viewers from all over the country watched as a bald eagle chick worked its way out of the egg at approximately 9:57 a.m. on the morning of Feb. 11, at a nest in Big Bear. Two eggs were laid in early Jan. in the nest of a pair of eagles. The pair took turns on the nest during the 35 day incubation period, including through a snow storm. The second egg was laid three days later than the first and has begun to hatch.

In November 2016, the nonprofit Friends of Big Bear Valley, with the support of San Bernardino National Forest, installed a live-stream camera near the nest. The camera allows viewers to watch the nest action up close and personal without causing any disturbance that might result in the eagles abandoning the chicks. 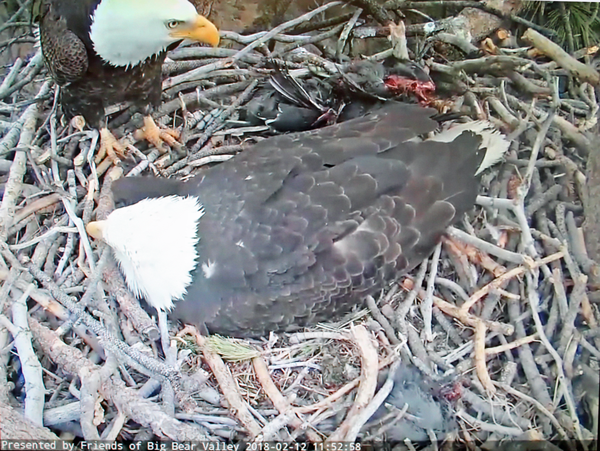 The parents are a newly identified nesting pair. U.S. Forest Service biologists believe that the female hatched from this nesting area in February 2012 and that she now occupies her natal territory after it was abandoned in 2017. On the live-stream camera, she can be distinguished from the male by a few black-tinged tail feathers. By next year, when she has gained her full adult plumage, those feathers will be all white. She is also larger than the male, a size distinction common in most raptors.

Both parents share in incubation and parenting duties. If all goes well, the chicks will leave the nest in two and a half to three months. They’ll stay close to their parents while they hone their hunting skills. Until then, the parents will continue to help provide food. 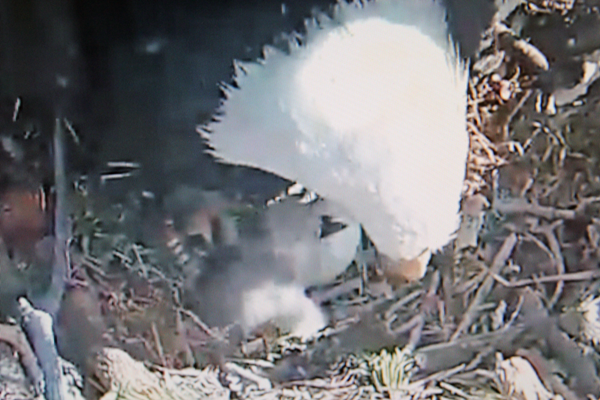 This Big Bear nesting territory has produced four eagles since the first successful nesting occurred early in 2012. To protect the eagles from disturbances which could affect young survival, the area surrounding the nest is completely closed to all public entry.

The public is invited to help Forest Service and California State Park biologists at the remaining winter bald eagle count on Saturday, March 10. The counts are held at six Inland Empire lakes, including Big Bear Lake. More information can be found here. 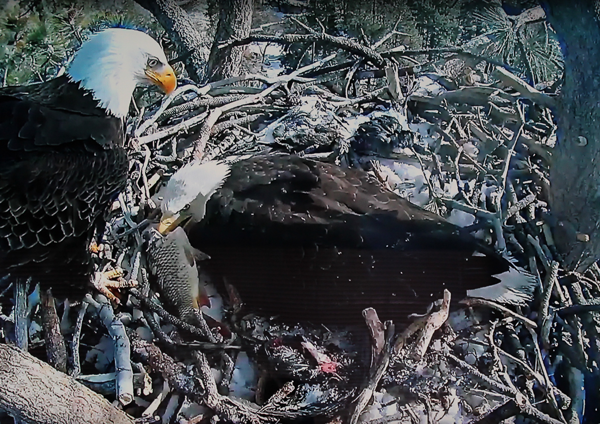