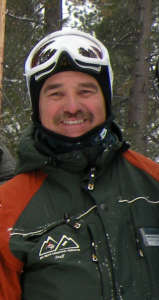 Big Bear Lake, CA 9/8/15 – Brent Tregaskis long time Summit employee and current Vice President/General Manager announced that he is taking a position as General Manager at Colorado resort Eldora near the town of Boulder Colorado.  Brent went to to describe this a great opportunity for him and his wife Bonnie to be close to family living in Colorado.   Besides, he explains, as an avid powder skier that region is famous for deep fresh snow.   Brent  has spent the last 17 years as general manager of Bear Mountain Resort under the ownership of Booth Creek then Snow Summit.

“Big Bear has been home for thirty years, and leaving it is not an easy decision.  I truly loved working with Dick Kun and the company he built.  I have been the General Manager of Bear Mountain longer than any previous GMs, 17 years, which has brought a stability to the operation and allowed it to excel.  The team there is exceptional,” said Tregaskis.  “I have also really appreciated the opportunity to work with Mammoth since they purchased Big Bear Mountain Resorts.  It has been exciting, and I believe that many of the creative changes being implemented now and planned for the future will bring significant improvements to the profitability of the operation and enhance the growth of Big Bear.”

“After much consideration, however, I have decided it is time to move on.  I have accepted a great offer and will be moving to Colorado.  Eldora Mountain Resort has some extremely intriguing plans for the near future.  It is at 9,200’-10,800’, receives 300” of snow per year, has the best snowmaking system in Colorado (100% of the groomed runs), and 40 kilometers of cross-country, skate skiing and snowshoeing trails!  Boulder is a lively, beautiful college city (CU and the Buffs), with many parks and bike trails.  And, importantly, my wife Bonnie and I will be much closer to our daughters and their families, who all live in Colorado.”

Tregaskis has been the General Manager of Big Bear Mountain Resorts (both Snow Summit and Bear Mountain) for the last year, as Mammoth Mountain Ski Area was purchasing BBMR from Snow Summit Ski Corporation.  He has a long history in the ski industry, starting at Park City Mountain Resort as a food and beverage building and bar manager fresh out of college.  He came to Snow Summit in 1985 as the F&B Operations Supervisor.  He became the Food and Beverage Director, and then the Profit Centers Manager.  In 1996, he moved to Jackson Hole Mountain Resort as the Food and Beverage Director, soon adding Facilities and Parking Manager to his duties.  Less than two years later, Booth Creek Resorts brought him back to Big Bear mid-season in early 1998 to become the General Manager of Bear Mountain.  When Snow Summit bought Bear in 2002, Brent remained as the General Manager and again, eventually, Profit Centers Manager at Summit.  He credits Dick Kun, the long-time President/General Manager of Snow Summit, with instilling the desire to constantly improve the resorts, calling him a close friend and an important mentor. 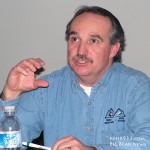 All through his career at Big Bear’s ski resorts, Tregaskis has also been active in the community.  He has been a Director on the Boards of the Big Bear Chamber of Commerce, the Big Bear Visitors Bureau (previously the Big Bear Lake Resort Association), the Big Bear Valley Events Resource Office, and the California Restaurant Association (CRA).  He has held numerous and various offices on each, including President of the Chamber of Commerce, Chairman of the Chamber’s Government Affairs Committee and Regional Traffic Advisory Committee, and President of the CRA.  He has worked with the schools, service clubs and other non-profits to help the Big Bear Valley in any way possible.

Always one to make the most of each day, Tregaskis has enjoyed everything Big Bear has to offer.  An expert skier, he gets out on the snow whenever possible all winter, “inspecting the product” and keeping the quality and the experience as good as it can possibly be.  After returning to the Valley to work at Bear Mountain, he took up golf to understand the game, and has found it as much of an obsession as he had heard it could become.  He enjoys mountain biking, boating, water skiing and wakeboarding, as well as hiking, camping, and travel.  He and wife Bonnie met working at Snow Summit thirty years ago, and both are looking forward to this next adventure.