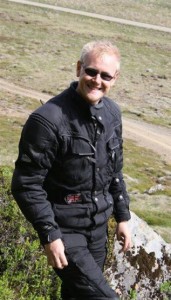 Ian Anthony Ferguson, was operating a rented motorcycle, traveling on State Route 18 in the Baldwin Lake area. His motorcycle drifted into the oncoming lane and collided with a small pick-up truck. The collision was reported by a witness, and when emergency medical services from Big Bear City Fire arrived at the scene they confirmed that Ferguson was dead. The incident is under investigation by the California Highway Patrol. The British Consulate has been notified and they’re attempting to contact Ferguson’s next-of-kin in England.